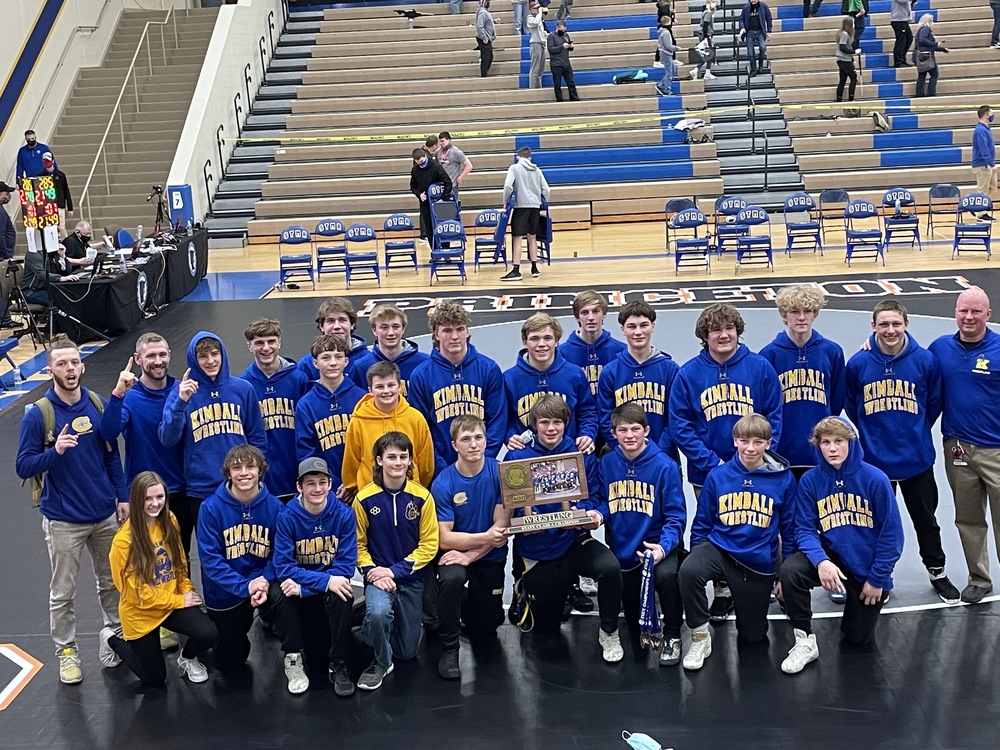 Kimball wrestling made history on Saturday March 27 becoming the first State Championship Team. Kimball has been entrants in the State Tournament in 1996, 1997 (2nd), 1998, 2011 (2nd), 2012. Kimball had to beat a tough ACGC to advance to Quarterfinals in state,  they beat ACGC for the first time since 2012 by a score of 34-21. After ACGC the boys wrestled a tough Zumbrota Mezeppa team in the State Quarterfinals and beat them 35-23, advancing your Cubs to the Semifinals on March 27, making them the #1 seed.

We are so proud of the Wrestlers and all they have accomplished this year. We are proud to have them represent us as a School and as a Community. Great Job Guys, YOU DID IT!!